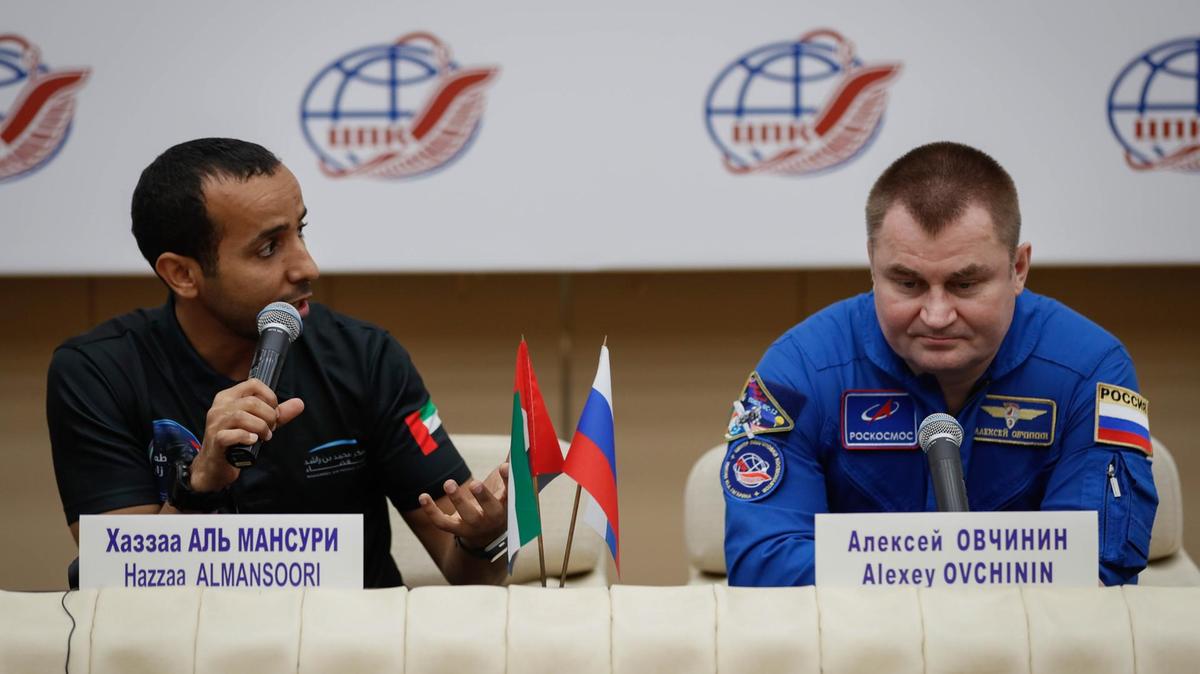 Emirati astronaut Hazza Al Mansouri will return to the UAE from Russia this weekend after captivating the Arab world with his historic flight to the International Space Station.

The 35-year-old will touchdown from Moscow on Saturday and is expected to be greeted by his family and space officials.

The two men have spent much of this year in Star City outside Moscow and later Baikonur Cosmodrome in Kazakhstan preparing for the space mission and learning Russian, which is required for all Soyuz space missions.

Earlier, on Wednesday night, Maj Al Mansouri took part in a press conference in which he spoke hopefully of the next mission for Emirati astronauts.

"Now my mission is to transfer [my] knowledge and experience from my training in Star City and onboard the station to the next [astronaut] and I hope they will do better than me."

Asked what he would miss from his time on the ISS, he said: "My friends on-board the station; the [people] from international countries working together for mankind."